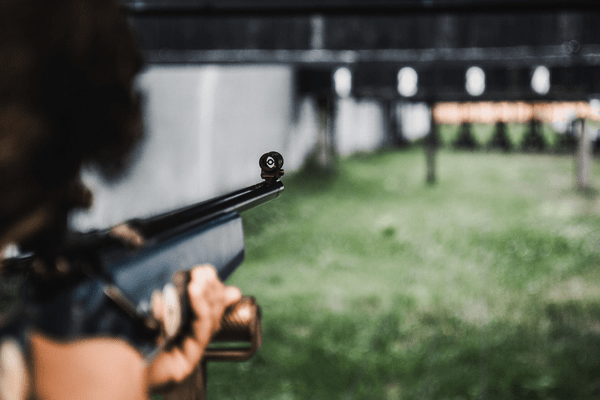 Since the modern game of golf originated in Scotland in the 15th century, players have been in search of the perfect putting stroke. It has been a problem that has plagued players for centuries and this is evident by the fact that today there are thousands of different putters and thousands of different styles used. We see top pros regularly miss tiny putts and 3 putts from close range. Players are constantly searching for new and advanced technology and more effective methods to improve their putting and lower their scores. To hit a perfect putt there are many factors that have to come together all at once. To get the ball in the hole is a combination of math, physics, biomechanics, geometry, psychology, and neuroscience. The club needs to be perfectly square to the target and make an impact with the ball in the center. This is all irrelevant, however, if one has failed to aim correctly and has completed a sound stroke but sent the ball off on the wrong path. Aiming to input is not easy as your eyes work best from behind the target with your eye-line level with the horizon, and not when you are positioned side-on to your target. For most people, where they usually aim the putter face is not where the target actually is. More often than not faulty vision perception is the cause of missed putts, more so than faulty stroke mechanics. Dr. Jim Suttie, the co-author of The Laws of the Golf Swing, maintains that 9 out of 10 putting errors are the result of aiming the putter face poorly. This, combined with finding a consistent level of putting stroke, are the two main issues with putting for people of all levels of golf. 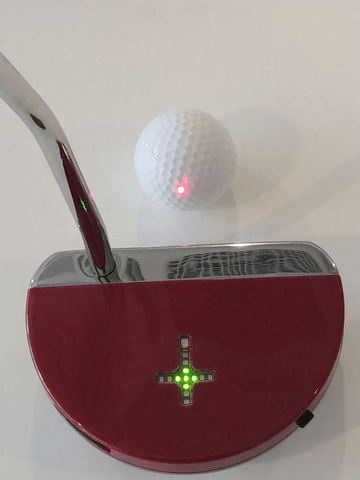 It’s clear that alignment is an absolutely crucial element to good golf. Think about other sports and activities where accurate aiming is of utmost importance. Shooting a gun, playing snooker, or throwing darts are all examples of this. In all these cases one puts their eyes on the target line behind the projectile. The reason for this is that it’s the best way to accurately gauge where the target is. You’ll never see a champion shooter standing beside their rifle because this is a difficult and unreliable way to aim. The difference with putting is that when one putts they are alongside the ball and from this angle their vision can easily be skewed. Aiming a putter to the target is like shooting a gun while looking at the barrel from the side and in theory makes no sense. Yet most golfers expect their aim from this perspective to be accurate. To counter this problem many techniques have been tried over the years. Examples are drawing a line on your ball, using putters with aiming lines and using alignment sticks. Another solution has been to putt facing the hole, but it has had few converts. While these methods can sometimes improve alignment to a certain degree, it is still far from perfect. For ages, people have been trying to find effective ways to align themselves on the greens, but it seems the search is still ongoing with new and revolutionary putters and putting styles constantly on display. Wouldn’t it be great if this problem could be solved once and for all?
« Putting Drills To Improve Aim and Stroke
Finding the Sweet Spot »
목록보기
Powered by KBoard